I've been back to Arnside Tower near Arnside and Silverdale....probably one of the grandest towers in the South Lakes area. This time, with better weather, the photos are a bit better than those previously posted here. 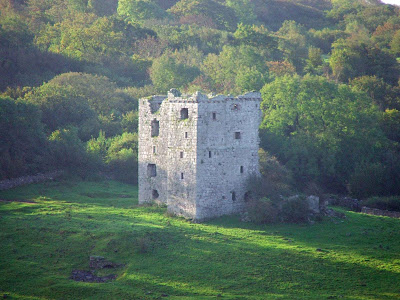 Built sometime in the later part of the 14th century, the tower is almost unique in Cumbria in that it was a free -standing tower with no attendant buildings around it. Severely damaged by fire accidentally in 1602, repaired and occupied for a time after this, the tower was eventually stripped of its roof timbers and other building materials in the 1680's. 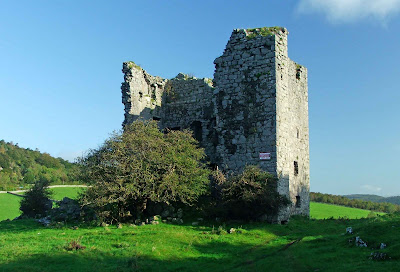 Whilst entry to the remains are forbidden, the structure appears in the Heritage At Risk, North West report of 2008 stating that it is in need of consolidation work, it is easy to see the interior without placing yourself at risk, as the whole of the South West wall has collapsed, exposing the interior. From this vantage point, the interior walls can be viewed, with the remains of some of the walkways, built within the thickness of the walls, and parts of staircases can still be seen. It's obvious when you're this close to the ruins, that there is much work to be done to secure the mere survival of this building, with many lintels showing the strains of carrying stone work above them. 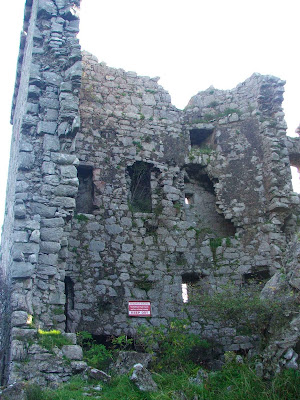 Some windows and doors have even been robbed of their lintels, further straining the fabric of the building. The spiral staircase, hidden in the thickness of the North East wall, connected all floors, and can still partially be seen, even though the cross wall has totally collapsed. 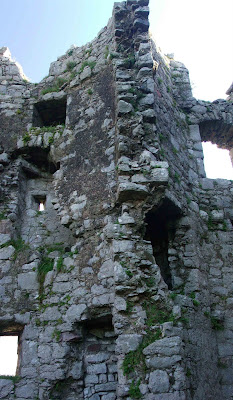 This portion of the cross wall probably survived the storm of 1884 which finally brought the main part of it down, as it's the thickest part of the structure. The oven in the North Western projection of the tower is also fairly intact. Part of the arch over the oven entrance is missing, but the vaulted roof of the interior is still intact. 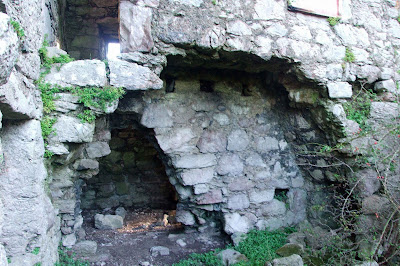 The photo below, shows the interior of the oven. The vaulted nature of the ceiling can just be seen. 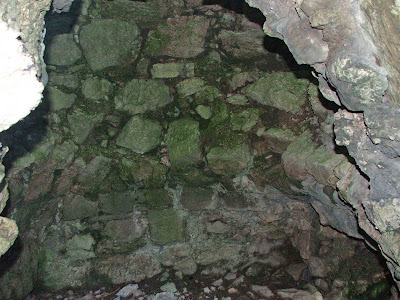 Portions of the now collapsed South Western wall lay in a heap both within the confines of the tower, and outside. 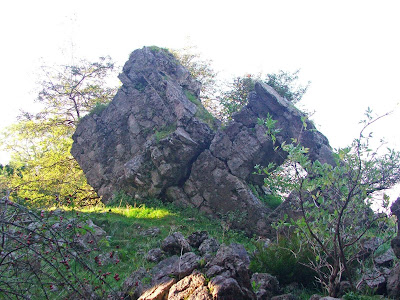 There is fallen masonry everywhere, and it looks likely that there is a good four or five feet at least, of roof and wall rubble within the tower itself, and spilling out around the walls. 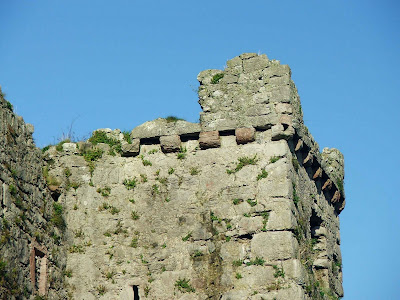 Portions of the upper parts of the tower still retain their corbels, obviously indicating that some additional height would have existed in the tower's heyday. 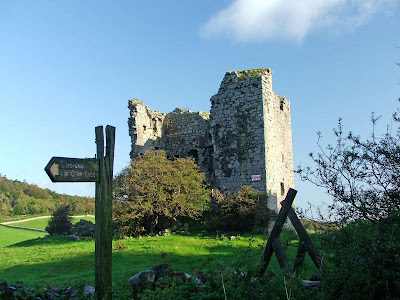 These days the tower is a mere curiosity, holding a magnificent place in the foot of the valley between Arnside Knott and Elmslack.
Posted by The Cumbrian Castle listing. at 2:34 pm