Carlisle Cathedral and the Fratery, Carlisle

Carlisle Cathedral and the Fratery
Carlisle
Cumbria
Carlisle Cathedral was built on the site of an earlier church, with records telling us of a disastrous fire in around 876, when the town of Carlisle was sacked by the Danes\Vikings. The church remained in ruin for over 200 years, until William II, Rufus, William the Conqueror’s successor, took the city of Carlisle from the Scots, and financed the reconstruction of the building in 1092. Under the new Norman rulers, the city flourished, with its new castle at the North end of the city, and much emphasis on trade and religious learning. 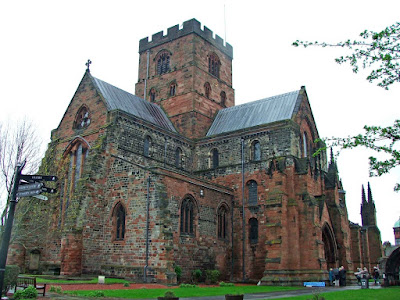 The building of the church (it wasn’t a cathedral yet!) coincided with the Norman advance into the farther reaches of the North of England, and there are many motte and bailey castles appearing in Cumbria, Yorkshire, Lancashire and Northumberland at this time. 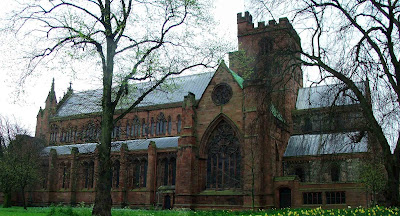 When Henry I succeeded his brother in 1100, rebuilding of the collegiate church was well under way, with a group of secular canons responsible for the running of the church and its lands in Carlisle. These canons, who had been the landlords since 1092, were eventually superceded by the Augustinian canons in 1123. It was during this period, that a new nave and south transept were added to the existing buildings. 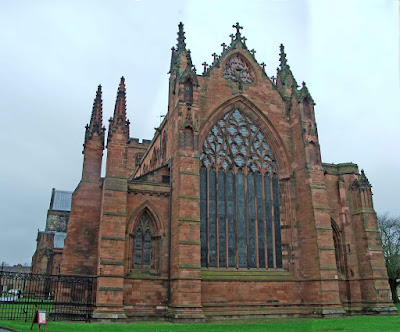 In 1133, Henry I created the Diocese of Carlisle, and the church became a cathedral, still very much a work in progress at this time. The cathedral’s first Bishop was Athelwold. The creation of the Diocese of Carlisle was a tactical move on Henry’s part. The North of England, Cumberland and Northumberland were, up until the Norman invasion, an unruly border region, with the Bishop of Glasgow regularly attempting to bring Cumberland under his spiritual influence. Now that Henry had the Diocese of Carlisle in place, there was good reason to garrison the city, provide protection to the people of the region and garner support against the restless Scots. 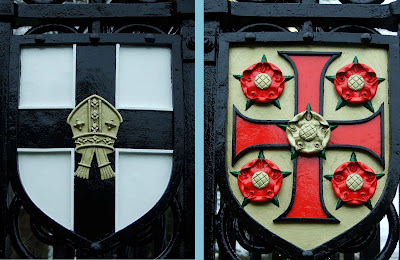 However, it wasn’t long before the Scots flexed their military muscle, and moving south, took the city of Carlisle back under their control in 1135. It remained part of Scotland until it was taken back again in 1157 by Henry II. By this time, the cathedral had undergone more building and extension, and was a typically cruciform type ecclesiastical building. 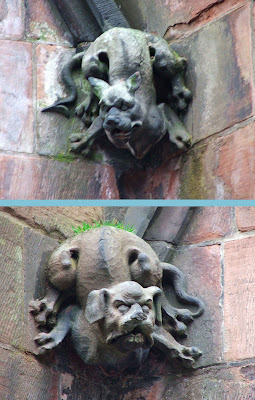 It is via a mixture of natural disaster, civil war and rebuilding that the building we see today has come about. In 1292, the newly built choir was destroyed by fire, not being rebuilt until 1315. In 1380, the massive tower collapsed during a ‘great storm’ not only destroying itself, but also demolishing the north transept. It was rebuilt between 1400 and 1420, with more extensive building work being undertaken between 1465 and 1499. In around 1500, the Prior’s tower was built, providing fortified accommodation for the Prior Gondibour. In 1528, Prior Slee’s gatehouse was built, adding more security for the cathedral precincts along with the wall encircling the grounds. 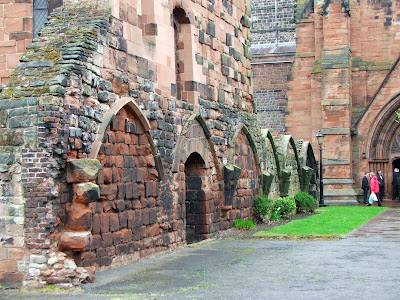 With various armies occupying the city between 1645 and 1746, buildings were robbed of stone, demolished, used as prisons and even used to store armaments and weaponry. The Fratery, the building across the yard from the cathedral was used to store a large number of military items, including salletts, horse harnesses, breast plates, chain mail, halberds and various other implements. The windows were shuttered, and entry barred by use of draw bars secured from within. 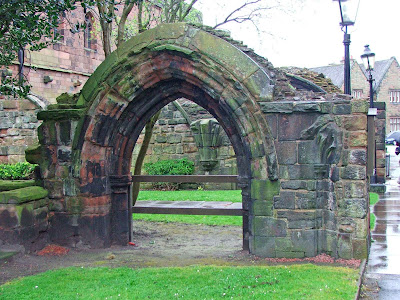 The tower is even thought to have played a small part in the fortification of the city, with the stair tower that can be seen jutting from the very top of the tower, most likely being used as a look out with the possibility that there was also a beacon lit on the roof to warn of the advance of the Scots. 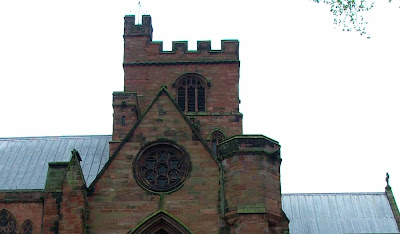 In the 1644-1646 civil war, the western portion of the nave was destroyed to make way for barracks by General Leslie. He also ordered his men to remove stone from the buildings here in order that the castle walls be repaired for the Parliamentary forces then garrisoning the city. 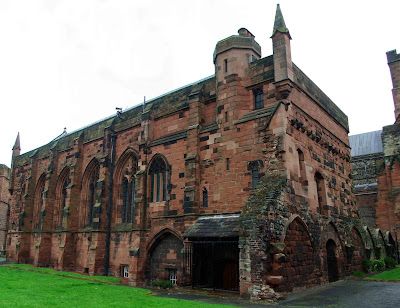 The cathedral was used to imprison Jacobite prisoners when the city was retaken from Bonnie Prince Charlie’s men in 1746, with dozens of his men kept secure in the nave. 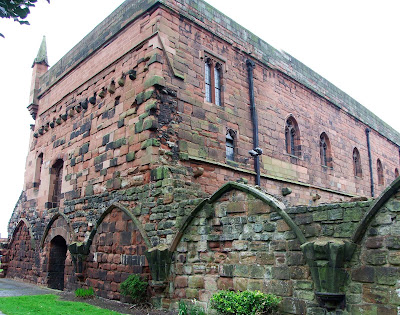 The cathedral underwent major restoration between 1853 and 1856, under the watchful eye of Dean Tait, with much of the cathedral being rebuilt and modernised. Such was the extent of this rebuilding, that much of the early Norman and medieval structure has been hidden within new walls, or removed altogether.

Posted by The Cumbrian Castle listing. at 7:44 pm