Prior's Tower can be found in the Cathedral precincts, backing onto West Walls, and is an impressive early 16th century pele tower. Built in 1507, the tower was designed to offer a place of refuge against any attacks on the city, for the Prior, Simon Senhouse (the builder of the Cathedral gatehouse). 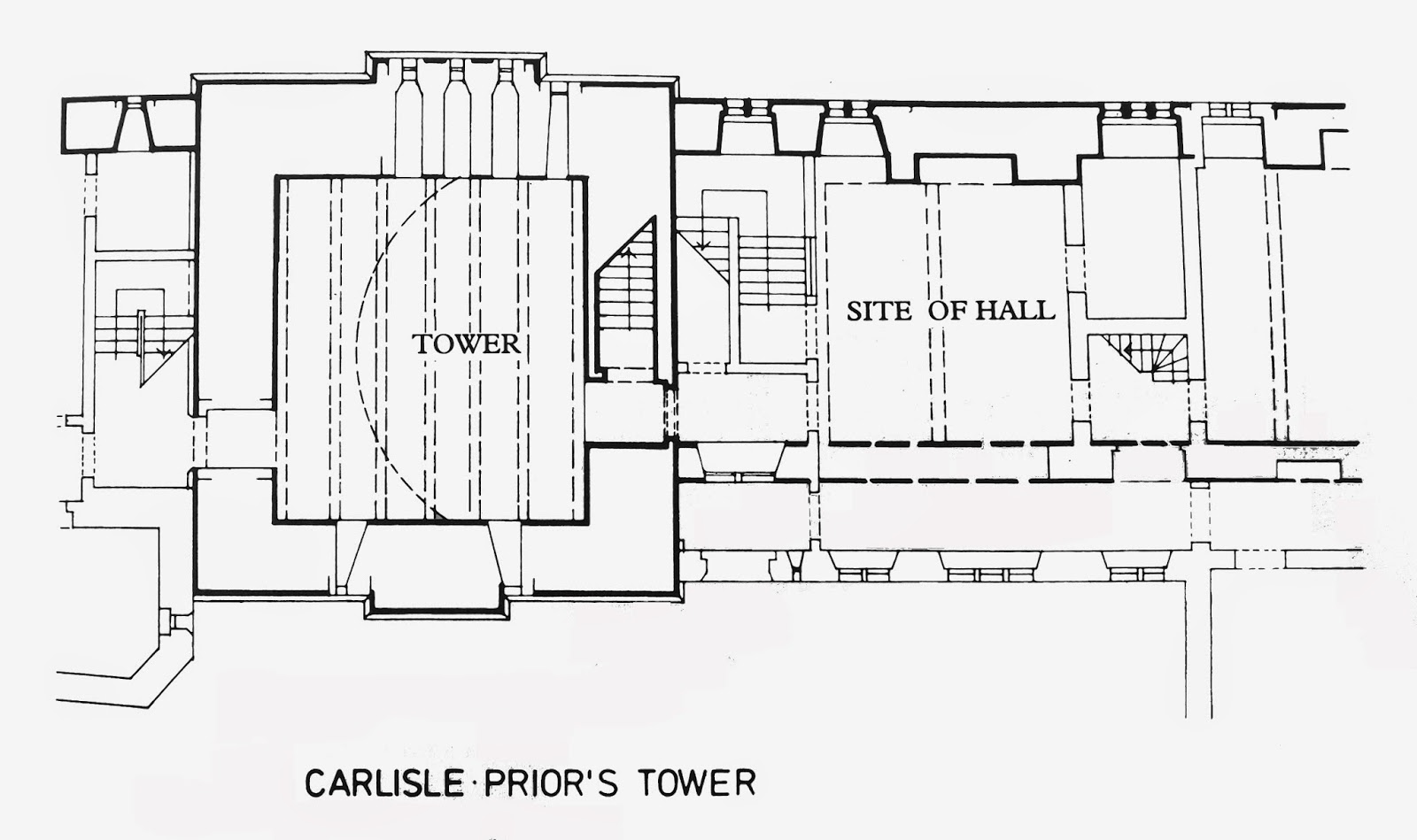 The tower's walls are just under 2 metres thick in places, providing a good level of defence against whatever may have been thrown at it. Considering that the tower is just within the city walls, it's well protected anyway, and would have provided a good lookout across the river Caldew. 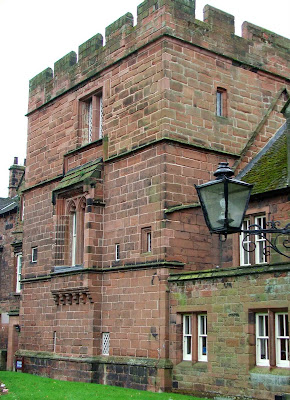 The tower is of three storeys, however it's thought that the third storey may have been a later addition. This would mean that it would have say neatly behind the city walls, with only the ramparts visible. The building to the right of the tower in the photo below, is thought to be built on the site of the Hall, which would have been connected to the tower, providing additional living quarters and associated rooms for whomever was living there. 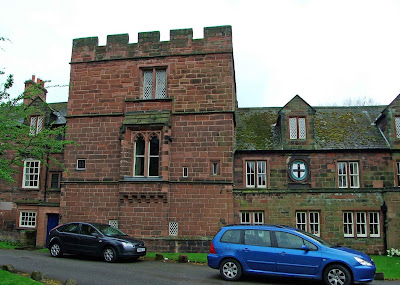 Beyond the Prior's Tower, there was once a second pele tower, probably laying around 100 yards to the West. The Bishop's Tower was built in the mid 14th century, and would most likely have formed part of the Western range of monastic buildings long since demolished. The tower likewise, has long since gone, probably demolished in the 1640's. 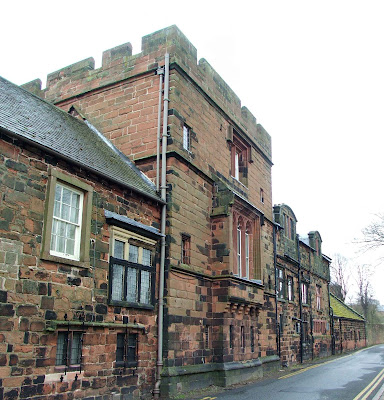 The tower can be viewed from the Cathedral precincts, and also from the walk way behind, following the West Walls walk.
Posted by The Cumbrian Castle listing. at 8:26 pm