The city of Carlisle was originally a place of importance to the Romans, and went by the name of Luguvallum. It was fortified by them, against attacks from the Northern tribes, namely the Picts and the Scots. The city walls were so immense and strong, that long after the Romans left Britain, there were significant amounts of masonry remaining in place. These remains withstood the ravages of Danish attacks on the city, especially an attack in 875, when the city was laid to waste by their attacking armies. By all accounts, the city remained in ruins for some time, until William Rufus ordered that the newly rebuilt city be surrounded by a strong defensible wall. The remains of the Roman built walls were incorporated into the new defences, and by around 1092, the city had its own garrison and probably fledgling walls. 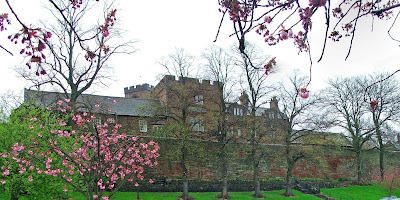 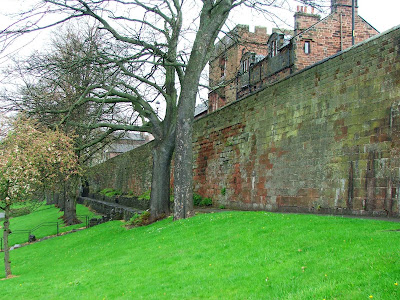 The upkeep of the city walls as defences for the city, were mainly paid for by the crown, but a certain amount of responsibility lay with the citizens of Carlisle. Occasional Royal grants were made for repairs and extensions, but these were more often than not insignificant and mostly did not pay for the work that was required. In the early 1340’s, a section of wall was described as being “ruinous for want of repair” and in 1347 another portion of the wall was desperately close of collapsing altogether. Between 1422 and 1426, £286 and 16shillings was spent on the city’s defences (the walls) and the castle. 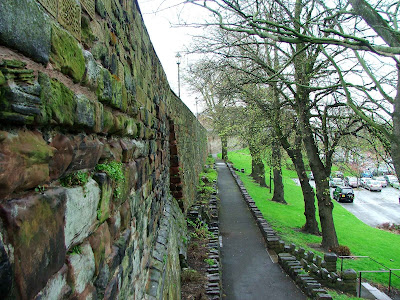 In 1429, the walls and especially the gates, were so badly decayed, that it was said that if a hostile army had attacked the city, it would most likely have been lost. It seems that the city walls have been a constant drain on finances, and they have been rebuilt, refaced, strengthened and heightened on several occasions. The walls eventually encircled the whole city, culminating in the castle to the North of Carlisle. 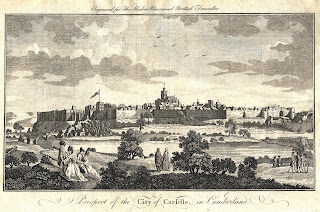 Above. View of Carlisle with its complete circuit of walls.

Above. View of Carlisle.

These days, all that remains of the walls that once encircled the entire city, are the West walls running along side the railway with the car park in between, and the curtain walls around the castle. The Norman and medieval walls to the East and the South of the city have completely vanished, taken down and built over. 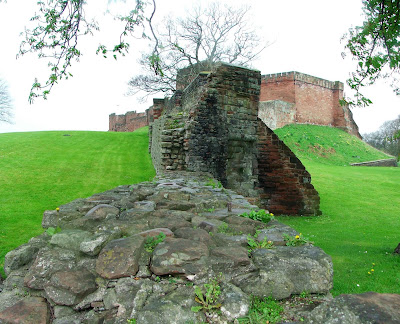 Above. Portion of city walls to the South East of the castle. 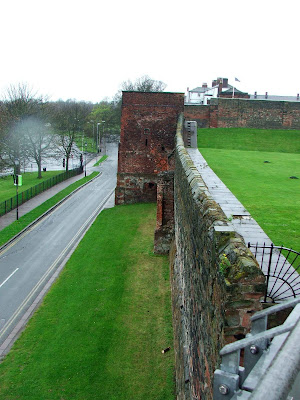 Above. Remains of the city walls to the South West of the castle.

There are small portions of the city walls to the South East and South West of the Castle, but these remains are only a few hundred yards long each. The West Walls, the portion running from the car park right around to the South West corner of the castle can be walked, and provide a good access point to the castle to the North of the city, and the shops to the South.
Posted by The Cumbrian Castle listing. at 9:40 pm