I think this is probably the remains of a burial cairn. Compared with structures similar to this recently seen at Mallerstang in Cumbria, the original inclusion of this site on the blog as a hut circle is probably not correct. 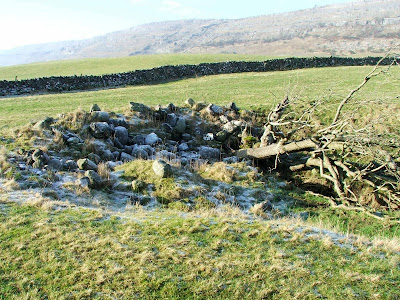 The first two photos show the probable cairn just off the B road from Ingleton to Chapel le Dale, next to the river Doe. The cairn has either been robbed out or has collapsed, possibly due to flooding from the nearby river. 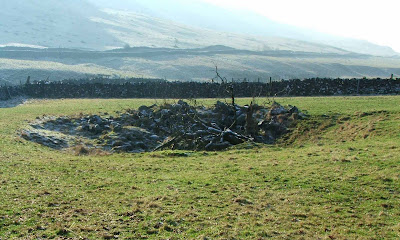 The next three photos show the remains of hut circles and enclosures, dating from around the same period. They are however, not so clearly marked as the first site. 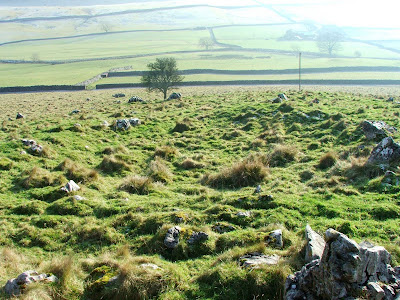 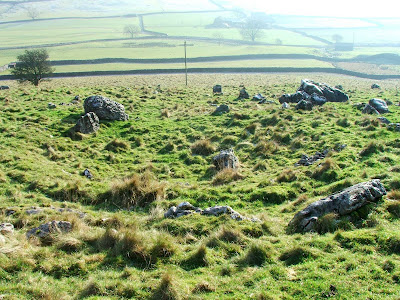 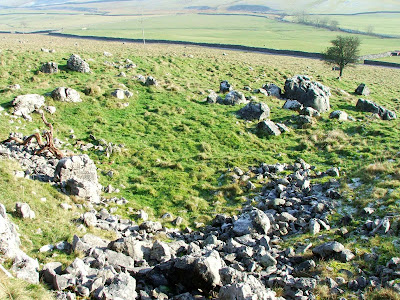 There are a number of additional sites, including hut circles, enclosures and eathworks of both Roman and Iron age origin around this area near Ingleton. I'll be visiting some of these additional sites shortly and will post the photos here.
Posted by The Cumbrian Castle listing. at 10:08 pm

Hello Matthew Emmott.
Thanks for your pictures of hut circles at Twistleton Scar. I am interested in the Romano-British history of the Ingleton area and believe somewhere here there may be a Brigantian (Celtic) 'town' mentioned by Ptolemy. Any idea how extensive the remains are? From what you say they are south of the Doe, but OS records a Settlement on the north side around 724764. Keep up the good work!