The Prince of Wales Feathers, Kendal

The Prince of Wales Feathers

The Prince of Wales Feathers was most likely built towards the end of the 18th century. The inn is first mentioned in the Kendal directory lists of 1834, where it is listed under the lesser category of drinking establishments of 'Retailers of beer'....neither tavern nor inn. The landlord at this time was William Bailiff. 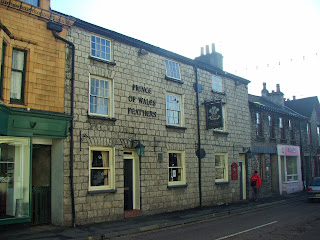 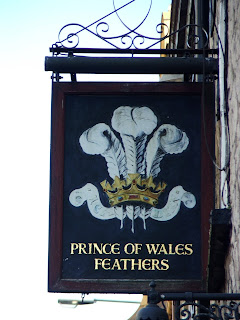 Above. The Prince of Wales Feathers hanging sign (2006)
By 1881, the landlord was stated as being Mr Hutchinson, who was responsible for hosting the Doodleshire Celery Show, which took place at the inn. Ann Hutchinson was later recorded as being the landlady, in the 1892 Kendal Borough Police Returns, with the inn's owner being Mary Thompson. The inn was listed as having three drinking rooms, no dining or letting rooms or even stabling. The status of its clientele at the time, was noted as being 'low'! 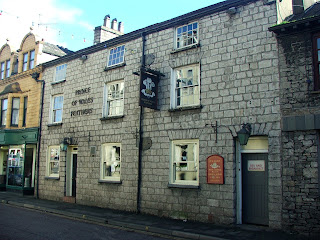 Above. The Prince of Wales Feathers in 2006.
Mary Thompson's ownership was passed to Messrs. Alexander and Sons around 1904, with the landlord named as John Nowell in 1906. John moved onto manage the Kent Tavern in 1914. George Robinson Henry Turner was the inn's longest serving landlord, holding the inn for nearly forty years.
In 1954, May Turner was noted as the landlord, with Alexanders giving up the tenancy and licence to Duttons Blackburn Brewery in the same year.  I'm not sure when the inn ceased operations, but will have to investigate and report back here when I find out.
Posted by The Cumbrian Castle listing. at 12:00 pm