One of Penrith's oldest surviving buildings has been rescued (to a point!) and looks to have had its future secured. At the beginning of 2017 a group was set up, with the aim of securing this important building, weatherproofing it and enabling the ceiling decorations and other historical characteristics to be saved from decay. 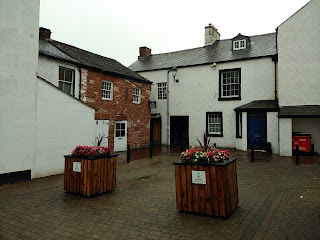 Above. The newly consolidated Two Lions Inn from Princes Street.

From Princes Street, the Two Lions and its accompanying stable block are remarkably different from 2007, when the building was showing very obvious signs of decay. 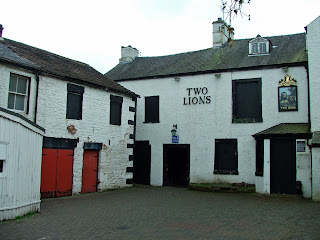 Above. Back in 2007, the front of the building was very different. 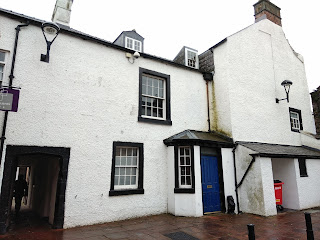 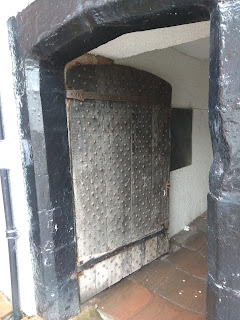 Above. The heavy studded door (repaired) is still in situ....its age...who knows? 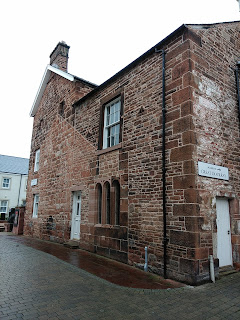 Above. Unsightly ancillary buildings have been removed.

With the removal of ancillary buildings to the rear of the the Two Lions, more features have been discovered and renovated, showing the original windows and doors that were otherwise buried behind the old buildings. 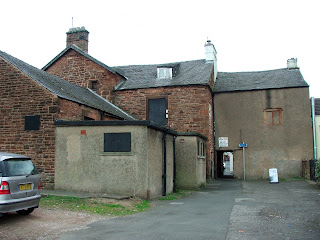 Above, 2007, the rear of the Two Lions is hidden behind unsightly ancillary buildings. 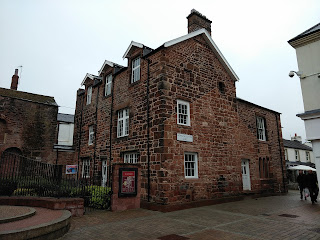 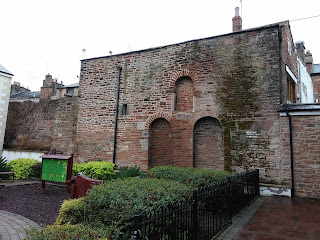 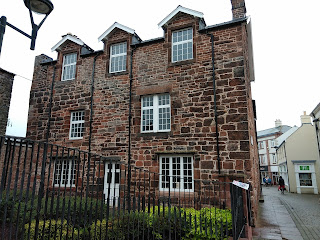 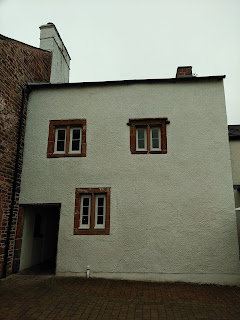 Above. The building to the rear of the stable block.

The building to the rear of the stable block has had its unsightly coating removed, not only enabling the bricked up window to be re-opened,  but the discovery and re-opening of one window on the ground floor and a second at the first floor. Compare this with the original look back in 2007 (below) 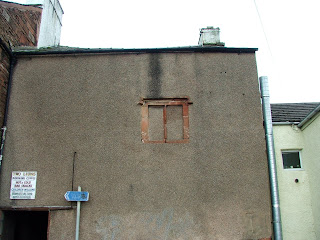 
The next step is to find some use for wat used to be the inn....at the moment the building, as I understand it, is empty. At the very least though, the interior is now protected from the weather, and the Lowther ceiling and other items of historical interest are protected from decay.

Previous photos and history of the Two Lions Inn can be found here.
Posted by The Cumbrian Castle listing. at 9:03 pm