Today we are used to seeing the top of the Market Place occupied by the War Memorial, erected in 1921 and dedicated on the 8th of July that year, on the anniversary of the Battle of the Somme. Before the memorial, this space was occupied by St George's Chapel, which all but blocked entry to the Market Place. The building was erected in 1754, and served as a chapel upstairs on the first floor, with shops on the ground floor. 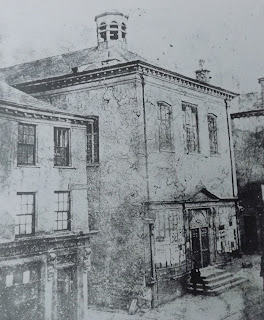 Above. St George's Chapel at the head of the Market Place.


Below the shops was the town jail and cellars used for storing wines and spirits. The narrow alleys down each side of the chapel, were called Cheapside and Mercer's Lane....the signs for these two now vanished streets can still be seen on today. 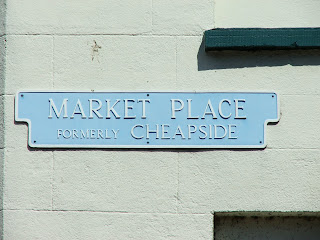 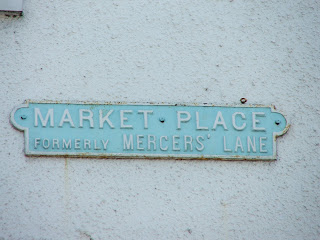 The Moot Hall, shown in the photo below (with the clock on the side of the tower) was originally the seat of power in Kendal....housing the courts and rooms where the Town Council met to discuss all matters politic. The Moot Hall was probably built sometime around 1592, and stood un-altered until 1795, when it was largely rebuilt, providing upgraded facilities for the Town Council and the courts. At this time, the clock was added to the tower, projecting out over Stricklandgate. 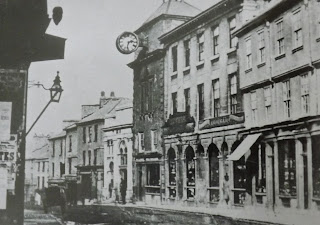 Above. Stricklandgate showing the Moot Hall and the library.


The clock did not keep very good time according to Arthur Nichols, and he tells us that it was then given to St Thomas' church at the bottom of Windermere Road, in 1862. Today, the clock appears to be housed on the first floor of the Sports Direct store on Sandes Avenue. The date certainly ties in with the gifting of the clock to the church, and the hands and general design appear to be similar to the clock shown in the photo above. 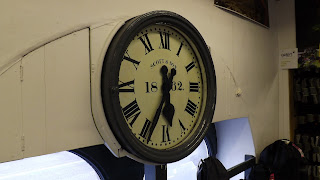 Above. Possibly the Moot Hall clock, now housed in the Sports Direct store.


St George's Chapel was evidently demolished in 1855, and a covered market was set up on the now empty site. In 1887, the Market Hall was opened, in celebration of Queen Victoria's Jubilee. The covered market was moved into the new premises. 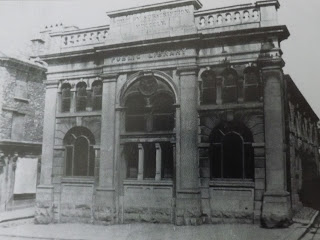 Above. The Public Library at the head of the Market Place.


The building was then converted into a Public Library in 1891, when the Public Libraries Act was adopted by the Kendal Borough Council. This act gave local Borough councils the power to establish free public libraries, to enable those who were willing and able, to use the facilities for 'self improvement through books and reading'. 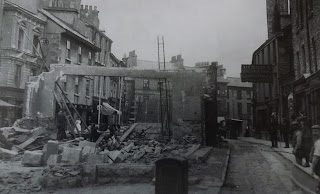 Above. The library building being demolished.


In 1909, the Carnegie Library on Stricklandgate was opened, providing the town with larger, more modern library facilities. The same firm that built the old library back in 1855, were hired to demolish it and open up the head of the Market Place. 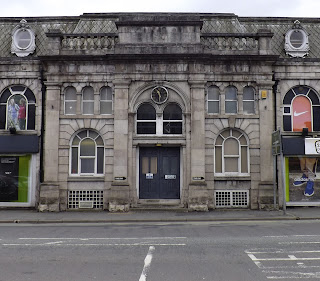 Above. The facade of the old Market Place library.


Thankfully for us, a local printing family, the Thompsons, had acquired land at the end of Sandes Avenue. Here they erected a building to house their printing presses, and it was decided that the handsome front facade and the side walls would be moved from the Market Place, and incorporated into their new building.

Above. Panoramic view of the old Thompson building.


The Sports Direct store still retains this intriguing piece of architectural recycling, with the front and side walls still visible today.
Posted by The Cumbrian Castle listing. at 8:28 pm

I have another photo of the demolition, you're welcome to use it if you're interested.