Today was the second day out at Gleaston Castle, and another opportunity to explore the ruins and learn some survey techniques. The journey to Gleaston provided me with a couple of views of Aldingham Motte that I'd not seen before. The following photos were all taken from Riddings Lane to the West of the motte, and show the earthworks in a context that is not possible close up.

The last two photos show the ditch with its causeway to the North of the motte. From this vantage point, the land between the ditch and the motte appears to be raised slightly, suggesting that this may have been the bailey area. When viewed from ground level, this ditch seems strangely out of place and unconnected with the motte.....but the high vantage point pulls the whole earthwork together. 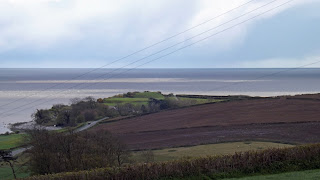 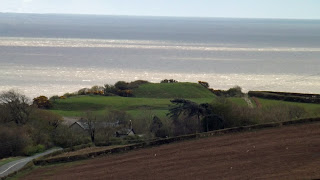 The photo above shows the earthworks in their totallity....and from this angle and elevation, the whole structure resembles some of the better mottes I've seen in South West Scotland such as Urr and Borgue.

Posted by The Cumbrian Castle listing. at 8:20 pm