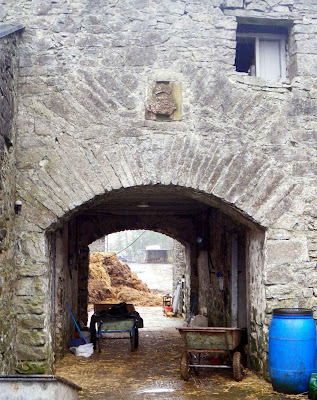 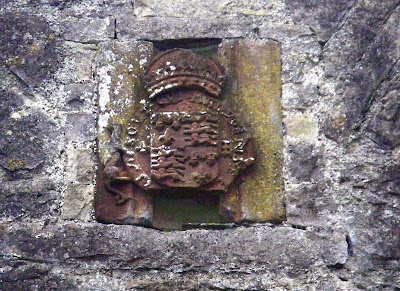 Above. Close up of the armorial plate above the archway.
The arms are those of the Tudor kings, and look to have been inserted into an old window (the lintel and sill can still be seen) It's impossible to determine the form that the original gatehouse would have taken, but it was probably the only way into the walled courtyard that surrounded the hall and the tower....probably on a par with the towers at Burneside and Preston Patrick.
Posted by The Cumbrian Castle listing. at 3:24 pm

not heard of this one!