This converted pele tower lays to the North of Burneside (to the East of Kendal) and just of the A591. At first glance, this beautiful building is nothing more than a secluded but large house hiding away at the foot of Potter Fell. 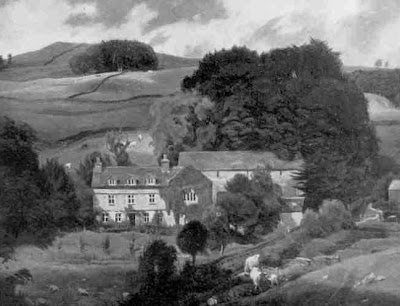 Above. An old painting of Godmond Hall.
On closer inspection however, the building can be seen to fit into that class of buildings common to this area....the pele tower. Looking at the photo, the pele tower is to the right of the main portion of the house, and has been much altered since its defensive days. The tower was built sometime during the mid 15th century, and the main house in the 17th century. The tower is two storeys high over a vaulted basement. The gabled roof replaces what was probably a flat roof with battlements. 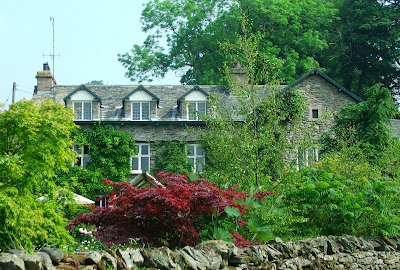 Privately owned, the house is very difficult to photograph, most of all because of the well kept gardens. It probably warrants a visit in Winter when hedges and trees are bare.
Posted by The Cumbrian Castle listing. at 4:27 pm