Situated just off the A683 North of Barbon and Middleton, the hall with its impressive surviving curtain wall, is an imposing site even today. The Hall was the abode of the Middleton family from the reign of Edward III right through to 1644, and consists of a central hall block, the hall with transverse wings at either end, and a massive wall, forming an inner and outer courtyard.
The entrance is through a high segmented archway some 12 feet wide, and placed in the outer wall. At each side of the archway, the thick hinge irons can still be seen. Two original windows and a fireplace high up on the inside of the wall show that there was a gatehouse, of which no other remains can be seen. 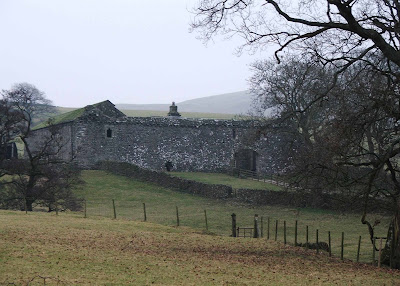 The outer wall stands to around 18 feet tall and is topped with a parapet. In the external courtyard, the building opposite the hall was probably the ancient chapel. It has a small windows of the same style as those above the gateway. 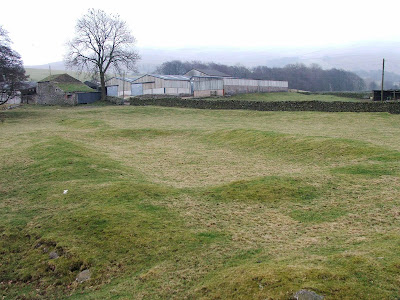