In early 2015, the decision was taken to re-roof the Castle Dairy on Wildman Street in Kendal. Whilst the building was being re-roofed, the opportunity arose for some samples to be taken from roof timbers which had, up until this time, been mostly inaccessible. The intention was the the timber samples would then be subjected to tree-ring analysis, better known as dendrochronological sampling and analysis. This process would then hopefully provide some updated evidence as to the dating of the two wings and the central hall. 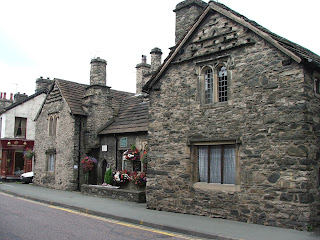 Above. Castle Dairy on Wildman Street in Kendal.

Over the course of a few days in April 2015, 18 timber samples were taken from different parts of the roof in both of the wings and the central hall. 14 of the samples were then analysed and found to be suitable for dating. 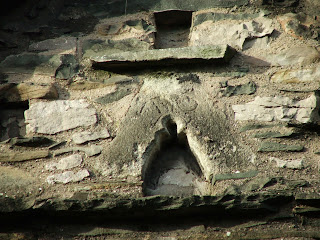 Above. An Anthony Garnett date stone set high up on the wall.

Rather surprisingly, the samples clearly showed that both wings and the central hall all date from a similar time period, somewhat going against all previous understanding of the date line of the hall -  namely that the central hall was built first with the wings added later during Anthony Garnett's tenure. The date line that the timbers indicated was between 1466 and 1502, 1486 and 1508 and 1486 1507. Broadly speaking, the results point to an early Tudor build date....a period when the Parr family were the holders of the Barony of Kendal and suggest (very strongly) that the Castle Dairy was built as a whole all at the same time. 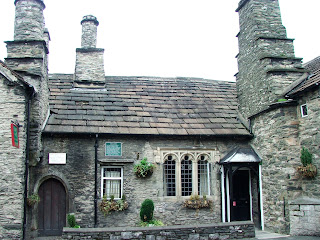 Above. The central hall of the Castle Dairy.