Situated at the top of the towering cliffs upon which Scarborough Castle is built, the slight remains of the South Steel Battery can still be seen from the streets of the old part of Scarborough. From below, the remains look just like a few walls, scaling the heights and clinging precariously to the steep protective cliffs.

The battery was built in 1643 during the English Civil War, and was rebuilt in 1746 at a time when the Jacobite rebellion had jolted the English into action against the Stewart pretender. 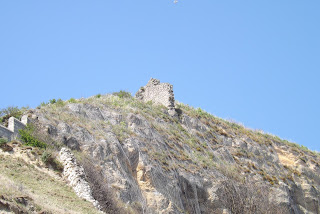 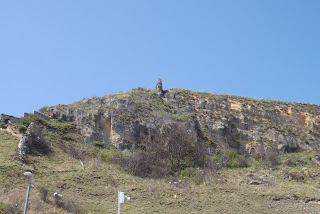 The battery was built at the Northern most tip of the castle's enclosure, and gave a commanding view over the harbour and town of Scarborough for its twelve guns. There is nothing remaining today, of the gun positions, just the wall that would have provided shelter to those coming and going to the battery. 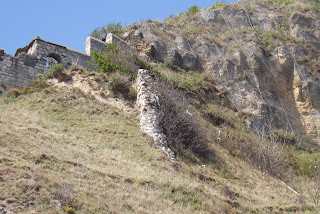 The battery sits some 30 metres above sea level, and gave the castle garrison a perfect defensive position over both the town and the important harbour.

Posted by The Cumbrian Castle listing. at 3:34 pm