Victoria Bridge links Sandes Avenue with Station Road and carries the A6 over the River Kent. It was built in answer to demands for better access to the railway to the North East of town, with calls for a road along Sandes Close as early as 1867. 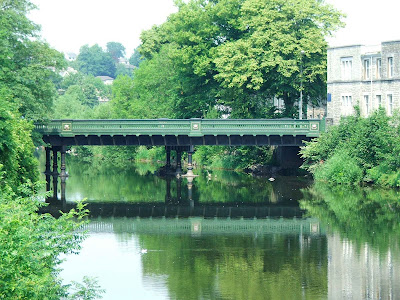 Above. A view of Victoria Bridge looking North West.
However...it wasn't until 1883 that Kendal Corporation decided to borrow around £25000 for the building of the new Sandes Avenue Road, and a bridge to carry it over the Kent. The designs for the new bridge were drawn up by a Mr Gilkes, and it was to be called "Victoria Bridge". 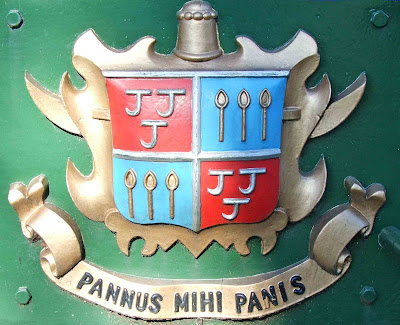 Above. Kendal's coat of arms, represented all along the parapet of Victoria Bridge. 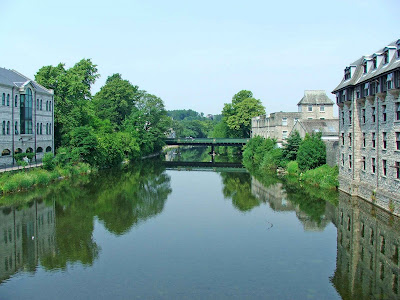 It was opened to coincide with Queen Victoria's Golden Jubilee celebrations in 1887.
Posted by The Cumbrian Castle listing. at 10:24 pm