Hollin Hall\How lays just off the B5284 from Kendal to Windermere. 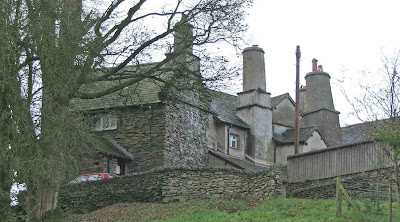 The above photo shows the pele tower from behind, with the hall and other wing on the right, added at a later date with the familiar Westmorland chimneys.

Above. The same view, but an older image. 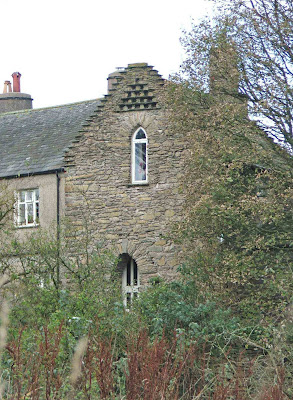 The central portion of this building was once held by the Phillipson family, and then later by the Flemings. The tower measures roughly 7 and a half metres by 5 and a half metres....a tiny tower by all accounts. It would have been very lightly fortified, as the walls are only around a metre thick.

The tower can be viewed from the roadside, although the views are limited by trees and walls.
Posted by The Cumbrian Castle listing. at 9:03 pm